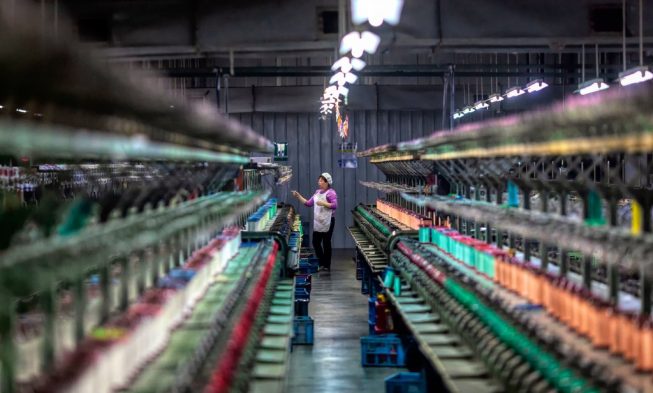 • U.S.-China Trade Standoff May Be Initial Skirmish in Broader Economic War • Trump Renews Trade War as China Talks End Without a Deal
Global domination between China and the United States
Trade talks between the United States and China ended without a deal as President Trump renewed his economic fight.

•A yearlong trade war between the United States and China is proving to be an initial skirmish in an economic conflict that may persist for decades, as both countries battle for global dominance, stature and wealth.

•Progress toward a trade agreement nearly collapsed this past week, with both sides hardening their bargaining positions. And even if a trade deal is reached, It’s growing up so far it may do little to resolve tensions between the world’s two largest economies.

•The United States is increasingly wary of China’s emerging role in the global economy and the tactics it uses to get ahead, including state-sponsored hacking, acquisitions of high-tech companies in the United States and Europe, subsidies to crucial industries and discrimination against foreign companies.

•The Trump administration has begun trying to limit China’s economic influence in the United States and abroad, warning about China’s ambitions in increasingly stark terms. Mike Pompeo, the secretary of state, compared China’s ambitions to Russia and Iran in a speech in London last Wednesday, saying Beijing poses “a new kind of challenge; an authoritarian regime that’s integrated economically into the West in ways that the Soviet Union never was.”